Boris “Get out of our Office”

Pretti Patel Get The hell Out

There is only one important question in British politics at the moment. How long can Boris Johnson survive as prime minister, following the resignations of Rishi Sunak and Sajid Javid yesterday on Tuesday and the continuing draining away of support among MPs?

Only recently, Johnson was publicly speculating that he sees himself staying in Downing Street for another decade.

Today, we can more realistically measure his time not in years but weeks, days – and even hours

In conventional political terms, the case for Johnson to go is more overwhelming than ever. His prime ministership is irretrievably tarnished by scandal, the Chris Pincher debacle merely the latest.

Most of his signature policies have not lived up to their billing. He is a vote-loser not the vote-winner his party chose as its leader. In a snap poll yesterday evening, 69% of voters – and a majority of Conservative supporters – said Johnson should quit.

Javid’s excoriating speech to MPs today was the moment when Johnson’s survival chances crossed a watershed.

With this speech, with its focus on the values that Johnson readily flouts, its echoes of Geoffrey Howe’s role in the ousting of Margaret Thatcher in 1990 and its resonant “enough is enough” line, the former health secretary has made himself the principal voice of Tory backbench anti-Johnson feeling.

If he stands, he could be the one to beat in the now almost inevitable succession contest

Never, though, underestimate Johnson’s sheer lust for staying in power. Remember – who can forget it? – that Johnson does not think the normal rules apply to him. His capacity for shrugging off and ignoring what anyone else in his position would see as terminal threats is boundless.

He is the only British prime minister whom one could imagine trying to stay in power, Trump-like, after losing a general election.

The loss of a couple of ministers will not have dented his narcissism one bit.

That Johnson instinctively answers only to his own rules does not mean that in the end the people’s rules will not apply. But unless his unquenchable reflex to stay in power by whatever means are to hand is understood, nothing about Johnson’s character and politics makes any sense.

His former lieutenant turned would-be assassin, Dominic Cummings, retailed a devastating Johnson remark this week which, if true, sums the whole thing up.

Suggesting that he should appoint himself as his own Downing Street chief of staff and spokesperson in November 2020, Johnson reportedly told Cummings:

“Yes I’ll fuck up all sorts, but so what? If I can’t do what I want, what’s the point of being prime minister?”

This sense of limitless entitlement is what unifies all the successes, failures and the sheer chaos of Johnson’s career.

It unites the lies, the laziness, the grandstanding, the theatricality and the destructive banality of so much of what he does 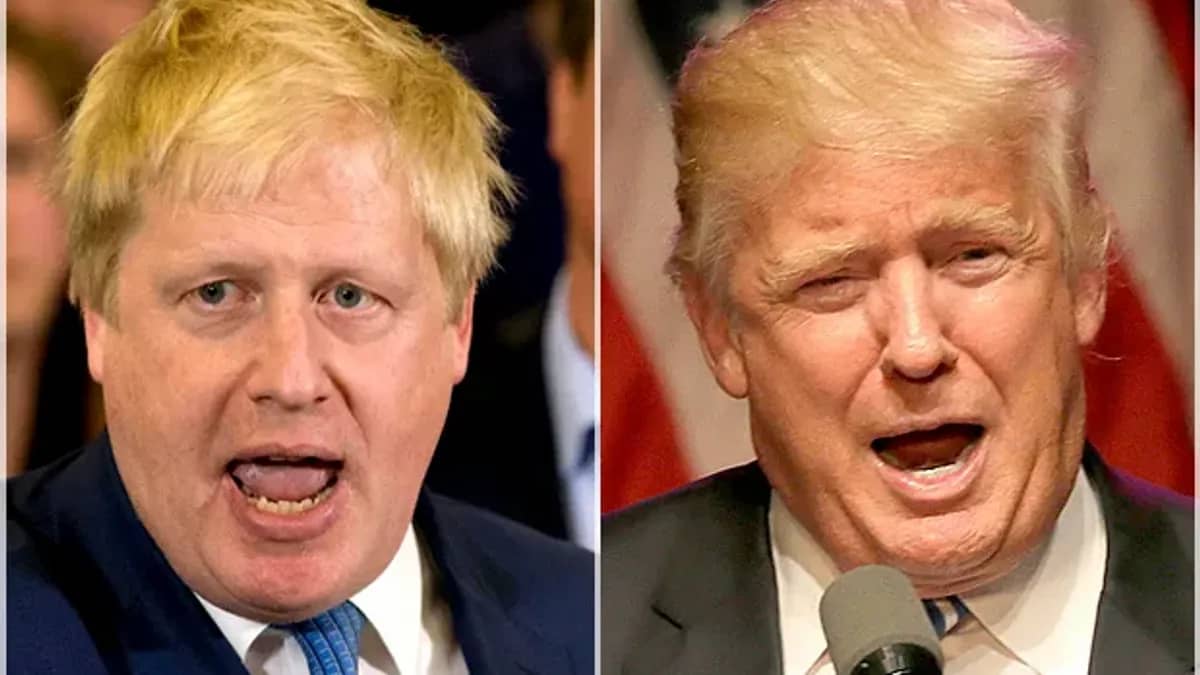 This is why there is a second and even larger question lurking behind the visceral drama of Johnson’s attempt to stay in power.

That question is whether such an approach to political economy is what the Britain of the 2020s actually needs. The Tory party’s dilemma is the country’s dilemma too.

There is far more at stake in our politics right now than the future of one disreputable man’s incontinent ego.

This is the most scandal ridden government Britain has had in decades. There have been five major sex scandals in the last three months alone and corruption is rife – from NHS-Covid contracts to second jobs and lobbying. The rot is not confined to the Tory party nor to the corridors of the Palace of Westminster.

Another palace, only a mile away, is also mired by revelations of debauchery and corruption: royal sex scandals and plastic bags stuffed with money. The British establishment has gone off the rails and is at last being exposed for what it is.

There is fury among Tory MPs and they are again submitting those no confidence letters.

It appears that this time ministers at the heart of government are joining. But don’t be fooled that Javid and Sunak are honourable.

They are members of the most rotten club of all, the Tory club in the Palace of Westminster, and given their positions it is unlikely they were oblivious of Pincher’s sins; it took the turning of the civil service and media to push them to act.

The sands are running out for Johnson. He has lost his chancellor and two other cabinet ministers in less than two weeks. Under a highly effective assault from Keir Starmer and some of his own MPs, he has now lost his authority in the House of Commons.

Ordinarily, one of two things would finish him off. A cabinet revolt would be one, as happened when Thatcher was forced out.

The other would be a revolt of the parliamentary party, of the kind that eventually did for Theresa May three summers ago.

Both of these possibilities have now gone off at half-cock. The cabinet refused to move against Johnson in June when it should have done,

and the departures of Sunak and Javid have not yet been followed by other senior ministers. Johnson will feel his policy of choosing his cabinet for its fidelity not its ability has protected his flank.

The revolt of MPs in the confidence vote last month, meanwhile, was botched by being both badly timed and unsuccessful.

This does not mean that heJohnson is in the clear and will get away with it. The mood among Tory MPs is too mutinous to permit that.

Westminster was in turmoil todayon Wednesday, with speculation that the backbench 1922 Committee will move against Johnson’s attempt to continue with business as usual.

The resignations of Will Quince, hung out to dry by Johnson on Monday over Pincher, and other junior ministers were never likely to be the last.

And in view of their complex intertwined history together in the Brexit campaign,

Michael Gove’s advice to Johnson to resign marked another decisive move towards the seemingly inevitable denouement of the drama. Et tu, Michael – yet again.

But it also means he is hard to write off, and that even if he is dragged kicking and screaming from Downing Street later today,

Johnson will remain an unruly and disruptive presence in British politics long after he has had the seals of office prised from his hands.

Amid the tensions of a moment like this, it is of course understandable to concentrate on the raw personal dramas of Johnson’s attempt to cling on and the schemes of others to seize the crown from him. Nevertheless, two other longer term questions lurk in the wings of Johnson’s battle for survival.

The first is whether and in what form the Conservative party itself will survive Johnson’s period in power. Johnson’s Conservatism is highly unusual, a rag-bag of high spending, government intervention and English nationalism.

It has little connection with the low-tax, small-state, globally liberal Toryism that preceded it and which the party cast aside when it rushed to embrace Johnson as the answer to its problems. If and when Johnson goes, his form of Toryism may go too. But what will come next?

Both Sunak and Javid provided clues in their resignation letters. Sunak wrote about “a low-tax, high-growth economy, and world-class public services” and said that to achieve it requires sacrifices and difficult decisions.

This is a code for spending cuts and choices that Johnson, concerned more with popularity and relaxed about future borrowing levels, seems unwilling to endorse. As Sunak himself wrote: “Our approaches are fundamentally too different.”

It looks highly probable that Johnson’s successor, whoever it is, will talk in these terms too. Their aim will be to rekindle a form of low-tax, low-regulation

Conservatism that most of those who grew up in the Thatcher era, or in its shadow, see as the route to prosperity and government. It will be as though the pandemic, the cost of living squeeze, the climate crisis and the war in Europe can be forgotten along with Johnson himself.

GOODBYE AND GO TO HELL